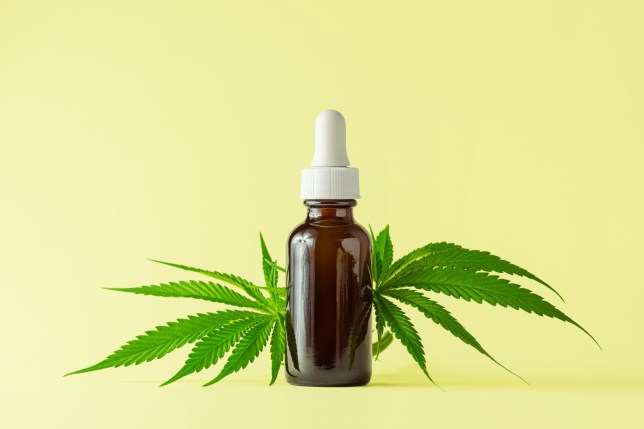 A beginner’s guide to CBD oil

CBD oil has become wildly popular in the US and UK in recent years. According to the Centre for Medicinal Cannabis, the UK CBD market is currently worth £300m and is expected to reach £1 billion by 2025. High street stores now sell a wide range of CBD tinctures (concentrated CBD extract suspended in a base oil) and other oral/topical products. CBD stands for cannabidiol, and is one of over 110 chemical compounds known as cannabinoids which are found in the cannabis plant.

These chemicals act on cannabinoid receptors located throughout the body as part of its endocannabinoid system, which helps balance a whole host of bodily functions like pain sensation, mood, memory and appetite. Our bodies naturally produce endocannabinoids, which are the equivalent of those found in the cannabis plant. The endocannabinoid system is self regulating, but many of us need a boost – this is where CBD supplements come in. There’s a stigma around cannabis because it contains THC (tetrahydrocannabinol), the illegal psychoactive component that gets you high. However, isolated CBD isn’t psychoactive whatsoever, and is not considered a controlled substance in the UK…

Are there any side effects?

According to Harvard Medical School, side effects of CBD can include nausea, fatigue and irritability. It also states that ‘CBD can increase the level in your blood of the blood thinner coumadin, and it can raise levels of certain other medications in your blood by the exact same mechanism that grapefruit juice does’. As with any supplement, speak to your doctor before taking CBD to ensure it won’t interact with any medication you’re on. Although there are recommended maximum doses, a 2017 World Health Organisation (WHO) report states that it’s not possible to overdose on CBD. The WHO also advises that cannabidiol is not addictive in humans.

Is an oil tincture the best way to take CBD? 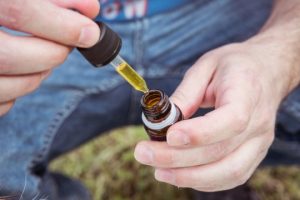 Oil tinctures are a popular way to take CBD. Drops are administered under the tongue and held for around 60 seconds to allow maximum absorption. As well as oil tintures, you can buy CBD sprays, capsules, vape cartridges, and edibles like infused gummies, chocolate and drinks. The length of time a product takes to work varies per person. Getting to work instantly, vaping CBD is the fastest way to feel its effects, however health risks have been raised about vaping.

Edibles generally take a bit longer than tinctures to start working their magic – while oils taken sublingually can kick in after 15 minutes, anything that has to pass through the digestive tract may take from 30 minutes to two hours to get working.…

What’s the best strength and dosage for me?

We’re all different, so there’s no one size fits all. It’s best to start at a lower dose and see what that does for you, before gradually increasing to find your optimal amount….

The world of CBD can be confusing – I spent hours researching strength and dosage when I bought my first bottle of CBD oil. Brands will usually tell you the amount (in mg) of CBD in the entire bottle, and the percentage. If you’re lucky, you’ll also be told how many mg is in each drop. Not all brands do this so it can be hard to compare different products….

Should I buy CBD isolate or broad/full spectrum?

To add to the confusion, it’s not just about the strength of CBD in your product – it’s whether the CBD is flying solo or with other cannabinoids. CBD isolate is the purest form of naturally occuring CBD, and broad/full spectrum oils contain a range of other cannabinoids. Scientists first coined the term ‘the entourage effect’ in 1998, with research suggesting that cannabinoids work alongside CBD to increase its effect in the body’s endocannabinoid system. There have been further studies both proving and disproving this theory, so the official jury is still out….

When should I take CBD?

Some people find CBD relaxing while others find it stimulating, so it’s a case of trial and error. Try taking it at different times of the day and keeping a diary of how you feel. You might also prefer taking a few smaller doses over 24 hours, rather than all in one go. ‘The therapeutic level of CBD that you take can accumulate through the day so you don’t necessarily need to take one big dose,’ explains Planet Organic’s Al. I generally take some in the morning to help calm the anxiety I wake up with, and again in the evening to help me sleep, with a dose in the middle of the day as needed. There is evidence to support that using CBD as part of a fitness regime can aid muscle recovery, thanks to its anti-inflammatory properties…

How do I know which brand to trust?

‘This is the question I get most often with CBD and it’s not dissimilar to taking any other supplement,’ Planet Organic buyer Al tells Metro.co.uk. ‘If you were choosing a vitamin C supplement, you can’t get it and hold it up to the light and see that it’s 500mg as claimed. ‘You need to buy from a brand or retailer that you trust. The challenge with CBD is that most of the brands are quite new so you’re not buying one from your long trusted supplement brand.’ There is a serious lack of regulations regarding CBD oil in the UK and with so many new products popping up, it’s hard to know who to trust. There’s a real chance the product you’re buying isn’t what it claims to be. The current laws regarding CBD products in the UK state that they cannot contain more than 0.2% THC. A trustworthy brand should be able to provide a third party lab report, though if you’re not scientifically qualified to understand it, it may seem meaningless. There’s also the issue that some labs are better than others at picking up certain cannabinoids. ‘There aren’t that many labs in Europe that are capable of testing CBD products properly,’ Al tells Metro.co.uk. ‘However, with the products that [Planet Organic is] listing, we ask for lab test results that confirm the amount of the spectrum of the CBD components, and that it doesn’t contain THC etc.’…

Last year, researchers at the Centre for Medicinal Cannabis blind-tested 30 CBD oil products readily available in the UK. Only 11 of the products were within 10% of the advertised CBD content and 11 actually contained less than 50% of the advertised CBD. One product – which retailed for £90 in a high street pharmacy – had 0% CBD. Seven of the oils contained contaminants from the solvent extraction process, at a level above food safety limits (although within permitted pharmaceutical limits). One of the products tested contained 3.8% ethanol, meaning it should legally be classed as an alcoholic drink. 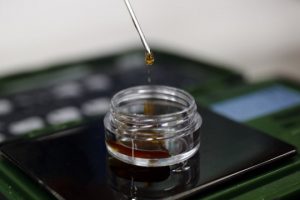 Another factor to consider is where the hemp in your product was grown. ‘The US has so much more experience with growing the crop than anywhere else and the way they grow it and the way they extract it,…

They don’t use pesticides or chemicals. The hemp plant was used to clear up Chernobyl – it soaks up everything from the ground. ‘So if you’re spraying pesticides on a crop, then it’s going to soak it up and giving it to the consumers in your CBD oil, unless you extract it.’ Farmers in Italy have previously used hemp to clean up contaminated soil. You also want to check how the CBD in your product has been extracted – CO2 extraction is considered the best method as it doesn’t leave behind harmful residue, which solvent extraction can. However, CO2 extraction is expensive, which is why it may be shunned by smaller companies, in favour of cheaper alternatives. There are plenty of CBD startups cropping up all over the show, but it’s worth buying from an established brand. ‘As a consumer, I wouldn’t be buying it from a market stall or a store that’s just opened in an empty unit on my high street that I’ve never seen or heard of before,’ says Al. ‘I’d choose a retailer or brand I’ve had dealings with in the past.’ While cheaper offerings on sites like Amazon may seem tempting, it’s not a good idea to buy CBD from third party sellers on there – you’ll never know if what you’re getting is legit.