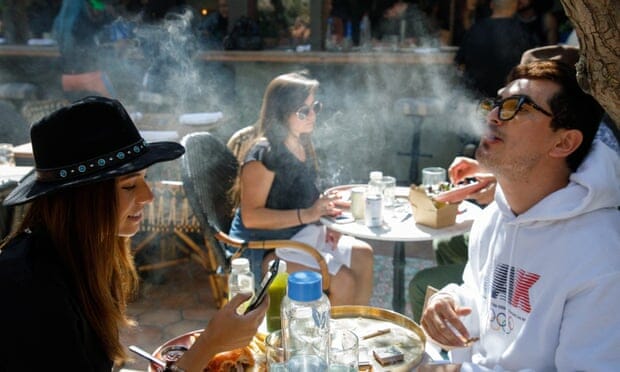 Britons who legally smoke cannabis in the US ‘risk being deported’

‘Federales’ are shutting down the Brits partying in America

Life Spark CBD oil, the safe way to travel!! Zero THC but with all the CBD health benefits.
Confusion abounds in America! The country is in a quandary with cannabis being legal in many states but still illegal federally. These two very different legalities, or illegalities, are affecting cannabis and CBD oil research, travel and now the Brits! But we’re supposed to be friends with the US! As we all know when we are standing in long lines upon arriving in America, immigration determines our entry and our capacity to remain. Immigration falls under a federal rule of law and therefore, the illegality of cannabis, even medical marijuana, takes precedence over the various states’ cannabis legality. So, we love our friends across the pond but for your own safe travels, as tempting as it may be to partake in some recreational cannabis, be forewarned, it may just cost you more than the price of admission to have a good time, it may cost you the ability to ever return to the USA again. Have fun and stay safe. Rest assured, you can still get the best of cannabis, well at least, the CBD benefits by using Life Spark CBD oil, pure with Zero THC but all the other healthy bits…with no risk of immigration deporting you.
*
*

A legal expert at an international immigration firm has warned British tourists and employees that if they smoke marijuana in the US, even in states where it has been legalised, they risk being barred from the country for life.

UK visitors can still be arrested and deported from the US even if they consume cannabis in states such as California and Colorado, where the drug is legal, said Charlotte Slocombe, a senior partner at Fragomen in London.

Slocombe says her firm and others that deal with US immigration laws have seen a rise in cases where British holidaymakers and green card holders, working legally in the US, are being expelled or denied entry because of cannabis consumption in states where it is legal.

She said in a scenario where Americans were caught by police smoking cannabis at a party, in a state where it was legal, they could not be arrested. British people and other foreign tourists at the same party, however, could be arrested, deported and branded unfit to re-enter the US.

The warning comes as a growing number of US states are expected to legalise cannabis, among them New York and New Jersey, which will follow 11 states, including Washington DC, that have made the drug legal. Despite that change, under US federal law the drug remains illegal – meaning that foreign visitors can be sanctioned.

“Canada legalised cannabis in 2018 but as the US customs and Border Protection keep saying, US federal law has not changed,” said Slocombe. “What is confusing to people is that while states in the USA have legalised cannabis it remains illegal federally.

“Even if you are a foreigner in a state where it’s legal, it’s still illegal for you federally. If, for example, you buy cannabis from a legal dispensary and that dispensary asks for your passport details as ID that information might be discoverable. It could then trigger, as can admission of drug taking, immigration issues because immigration is covered by federal law not state law.

“This is how people get caught out even though they think they are doing something which is now legal in that state. Equally that would include green card holders and those who hold visas to live and work in the US. Even for an American it is federally illegal, but because they are not subject to US federal immigration laws they would not be as vulnerable.”

Slocombe said federal law trumped state law, and as a foreigner this could trigger inadmissability under US immigration legislation.

“Don’t take any risks, while you are not breaking state law you are still breaching federal law. It’s too dangerous because the consequences are enormous and you might be ineligible for ESTA entry and a visa forever,” she said.

Slocombe warned it was not just cannabis consumers who ran the risk of being deported and potentially permanently barred from the US. Investors, shareholders or firms that supply equipment for legal cannabis producers in also run the same risk.

“There is one example I am aware of where two known investors in the US cannabis industry, who are foreigners and on visas, had their investment deemed illegal in federal law. Another example is a farmer who was on a visa and sold a portion of his land to a cannabis producer and filed US tax returns. That came up as an issue when he tried to apply to renew his visa.”

She said Fragomen had even advised non-US technology companies to be careful over supplying IT services to American cannabis companies.

“Customs and Border Protection state that they have the right to question you about your travel to the US and the industry you are in. So if you are going to do something related to the cannabis industry then yes you could find yourself inadmissible to enter the US.”