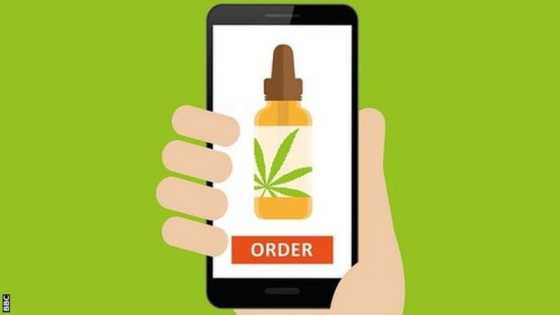 Will cannabis products be in every rugby player’s kitchen cupboard or locker in the future in their battle to stay pain free?

In part one of BBC Scotland’s series on CBD use in the sport, we explained what it is, why players are using it, and why it remains an anti-doping risk.

But with the industry growing rapidly and more players across different sports using and promoting CBD, how can clubs and governing bodies respond? And is it potentially a revolutionary approach to pain relief?

The shallow depth of research has left clubs and unions in Europe wary of recommending CBD as a supplement. But with strong anecdotal evidence of positive effects encouraging more use, some players believe it will become the norm.

“Boys take protein, creatine, all kinds of stuff to help them and I think because CBD is from cannabis everyone links it to the drug that’s illegal,” British and Irish Lions and Scotland fly-half Finn Russell, who has invested in a CBD brand founded by his former Glasgow team-mates Adam Ashe and Grayson Hart, tells BBC Scotland.

“The more people start using it, then clubs will become more aware of it and start doing their tests and it will be a matter of time until it becomes like a protein shake or something like that.”

Former Scotland and Saracens lock Jim Hamilton believes, over time, there will be a “culture shift” towards CBD.

“It needs more people to start seeing good side effects, more papers and reports being written about it. America are five years in front of us when it comes to this,” he told BBC Scotland.

“It’s about evolution going forward and trying things that are safe to enhance my life, my family’s life. And being able to move the game forward and the way we take supplements and medicine in future.”

How have US sports tackled the issue?

The United States, where cannabis is legal in some jurisdictions, has been dealing with the implications of the drug in sport for years.

Of the main sports in the country, only Major League Soccer has not taken some form of action to allow players to use cannabis without punishment, with the NBA relaxing their rules after the Covid-19 pandemic hit.

But the MLS is now reported to be considering allowing clubs to use CBD companies as sponsors.

The NFL – the sport with the most similar physical effects to rugby – has invested in research into the effects of cannabinoids like CBD in order to find alternative painkillers.

Is it ‘most exciting area’ of research for 20 years?

While CBD use is growing, the majority of rugby players have not adopted it as part of their supplement range.

BBC Scotland has spoken to current and recently-retired pros, some of whom are wary due to concerns about breaking doping rules or association with the illegal drug.

Others have tried it but have not found it has helped their pain significantly, while one player pointed out CBD products can be expensive and not regularly affordable for many young and non-international players.

Professor Graeme Close, of Liverpool John Moores University, has carried out some research on the subject and wants to investigate in greater detail.

“If we can establish that it’s safe from a health perspective, we can eventually work out if it’s going to accumulate the non-CBD cannabinoids which are still prohibited by Wada,” he says.

“Then we might have an exciting new avenue to help with pain relief, sleep, and muscle regeneration – three really important things. There’s also some literature in animal models that it might help with brain injury – concussion.”

Governing bodies and clubs touch on CBD use in their regular anti-doping talks, but Professor Close believes the subject needs to be tackled more forcefully with players.

“The worst thing we could do is ignore, put our heads in the sand and not have these conversations,” he says.

“But I also think we need to be a little bit excited because this is one of the most exciting and novel areas of sports nutrition research I’ve seen in 20 years as an academic working in sports nutrition.”