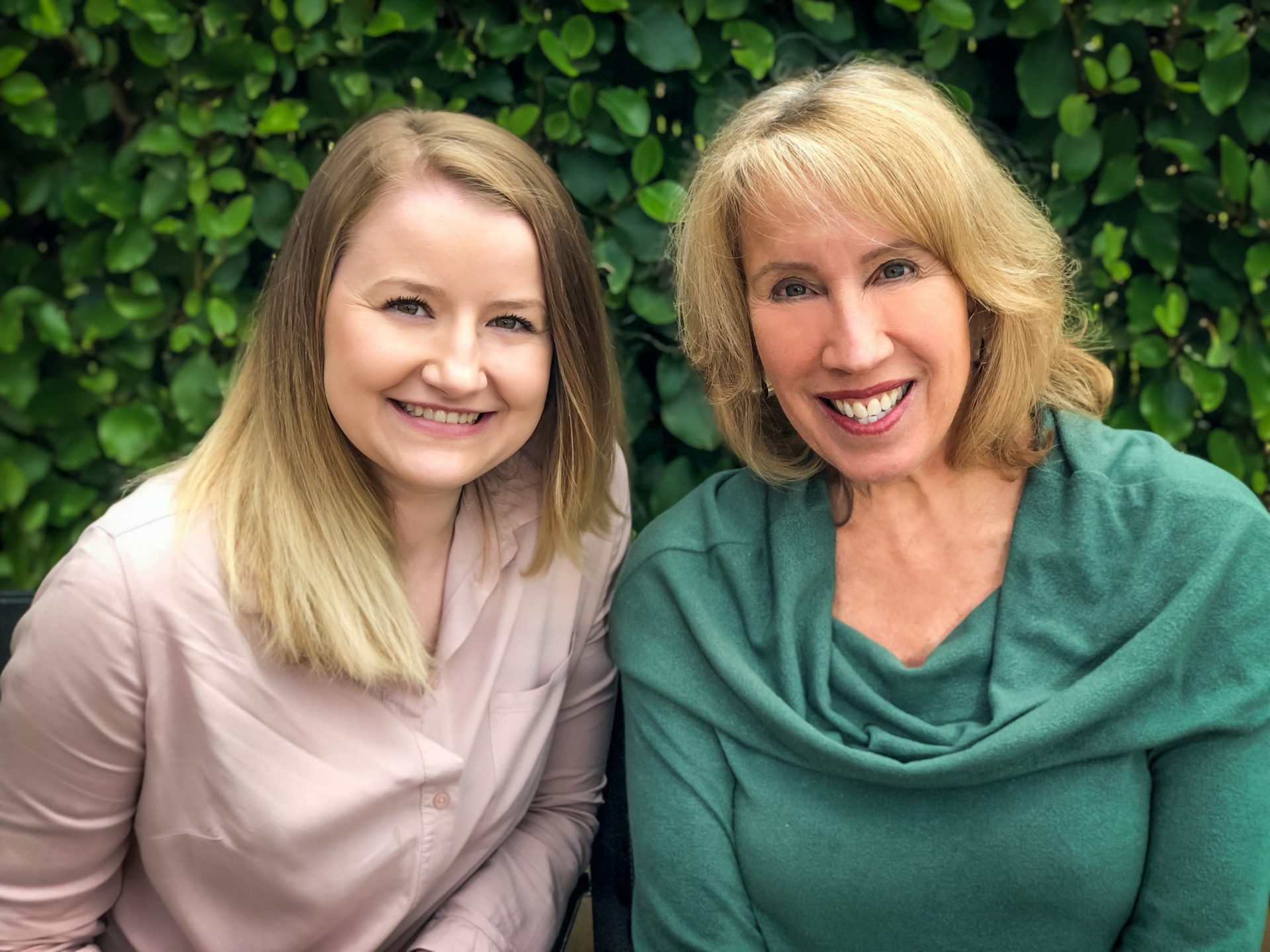 Seventeen years ago, Amy Burgess was diagnosed with a life-threatening blood disease which caused her body to produce an overabundance of platelets (the cells responsible for forming blood clots).

Immediately after the diagnosis, she was put onto a course of daily low dose chemotherapy (hydroxycarbamide) to suppress the platelets. This had a huge impact on her life for the next ten years.

“For the next decade I lived a very compromised life, but doctors would say to me that I was alive and the numbers looked good. It seemed like being alive was the goal, rather than having quality of life.”

Over time, the chemotherapy became less and less effective and Amy realised she needed an alternative solution.

At this point, her platelet count was nearing one million; more than double the normal levels and the risk of stroke was high.

“At that point in my health journey I had already tried so many alternative treatments and supplements; I didn’t have another direction to turn. But then, an alternative care doctor sent me a YouTube link on curing cancer. It was quite compelling.

“That’s when I decided to say yes to trying cannabis.”

Throughout the process of searching for and receiving treatment, Amy had to battle the stigma surrounding cannabis-based medicine. And living in the UK, she was unable to access medicinal cannabis legally, so she packed her bags and flew to Portugal to begin her treatment.

“I had to navigate the culturally charged messaging around cannabis. We’ve been taught that this is a bad thing, it’s a drug, it’s illegal,” Burgess says.

“Usually, if you’re undergoing some sort of a treatment, alternative or traditional, you want to be in your home space and with your support.” 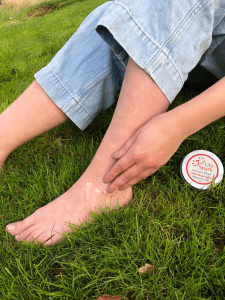 The next step was to pause the chemotherapy. One week later, her platelet count remained stable at 680,000 despite no longer being suppressed by the chemotherapy. After seven weeks of treatment, Amy’s bloods were completely normal for the first time in twelve years.

“I showed the results to my hematologist and he just shook his head in disbelief,” she says.

“He had never seen anything like it in his life.”

Sadly, this wasn’t the end of Burgess’ battle with her health.

After a period of good health following the cannabis treatment, she began to suffer from a condition called myelofibrosis – another type of blood cancer.

The condition resulted in her losing a third of her weight and caused her spleen to enlarge to the point of herniating out of her belly button.

The disease was in its fourth stage meaning Amy would have been lucky to have a few years to live. It is now six years since she was diagnosed.

She puts this down to a combination of a chemotherapy called Ruxolitinib and high-dose CBD.

“I started another chemo but this one I love,” she says.

“I just feel better and better on it. I was nervous about the side effects so I was hesitant to start it but I needed help; I was in a terrible situation.

“I started it and immediately my spleen started coming down. And then I started to regain some weight. This is where the high dose CBD comes in.

“I ended up making a commitment to take 250 milligrams of CBD each day.”

CBD alone wasn’t enough to treat her symptoms, but it was clear to her that it was playing a significant role in her recovery. On the two occasions that she stopped taking CBD, she found that her spleen began to enlarge, but after resuming her consumption it once again shrank back to its normal size.

As a relatively new drug, Ruxolitinib has been found to stop working for many patients after just three years. Amy’s hematologist believes her long-term success with the drug may be due to it working synergistically with the CBD.

Originally from the US, Amy worked in leadership development in Fortune 500 companies before moving to Brighton on account of her health where she set up the country’s first zero carbon B&B.

After closing the accommodation, she launched her own CBD brand, Life Spark CBD, with co-founder Joanna Szala, who also has experience fighting a debilitating disease with the help CBD.

At 23, Joanna was diagnosed with ankylosing spondylitis, commonly known as arthritis of the spine. If her doctor’s predictions were correct, she would now be living in a wheelchair. Instead she is still on her feet and is able to manage the pain without any traditional pain medications. 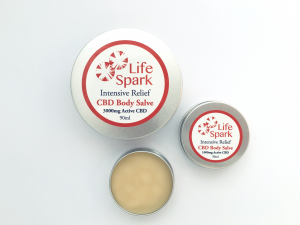 Amy and Joanna were disappointed with the quality of many CBD products on the market and the increasing commoditisation of the supplement. The company uses hemp plants that are rich in phytocannabinoids to yield 18 percent CBD, a significantly higher proportion than most industrial hemp.

“We’re selling a high quality, fully organic product and providing clear guidance on how it should be taken because we believe people can enjoy enormous health benefits; Joanna and I are proof of that.”

As the pandemic has caused a boost in demand for cannabis-based products, Life Spark CBD’s sales soared in 2020, growing by 120 percent.

The company is now launching its latest product, an intensive relief body salve, which claims to have the highest concentration of CBD on the market with 1,000 milligrams CBD per 30 milliliters.

“We’re just counting down now. It’s become so clear that cannabis is health-giving on so many levels.

“I think that it’s just a matter of time before the legality comes in. Obviously, there’s still drug company pressure to keep cannabis at bay. The good news is that whole-plant can’t be patented. But the legal issues are already changing. Medical marijuana is legal in 34 US states, so we’re getting there.”