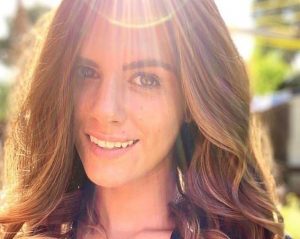 Model, 27, who had to quit her job when Lyme disease left her struggling to walk or get out of bed claims CBD has helped her ditch medication and manage her pain

A former fashion model who’s spent a decade battling a crippling medical condition that left her unable to get out of bed has revealed how CBD is helping her recovery.

She was diagnosed with the disease at the age of 18 and has spent almost a decade battling its effects – and was eventually forced to quit her blossoming modelling career on the catwalks of New York and Milan.

But Kelly, who is now rebuilding her life with husband Layton, claims CBD – a natural product extracted from the cannabis plant – has helped her ditch strong antibiotics and manage her pain. 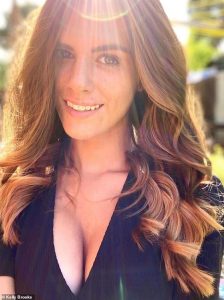 She told FEMAIL: ‘Throughout my journey with chronic Lyme disease the symptoms that proved to be the most debilitating but also the most difficult to effectively treat were joint and muscle pain.

‘After trying numerous prescription tablets and ointments, I was recommended CBD cream by a friend.

‘The results were amazing. I applied the cream to my three most painful joints – shoulder, elbow and wrist.

‘Within a short time my knee began to ache. That’s when I realised the pain in the other joints had subsided thanks to the CBD cream.’

CBD, or cannabidiol, is extracted from the cannabis plant but contains only trace amounts of tetrahydrocannabinol (THC) – the high-giving, psychoactive part of the plant. It’s sold legally in the UK as a food supplement.

Kelly was born and raised in Maine in the north east United States and enjoyed an active lifestyle.

‘I was a very healthy, happy and active kid. I danced, played soccer and was hardly ever sick,’ she explained.

But during her early teenage years she suffered episodes where she found herself drenched in sweat before vomiting and blacking out. 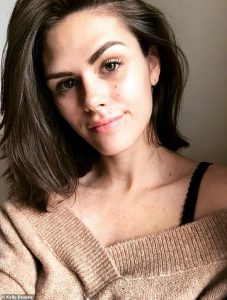 A local doctor diagnosed a sodium deficiency, but another incident, where she collapsed at her high school prom, led to five days in bed with extreme fatigue.

Kelly added: ‘On one occasion I blacked out in school and couldn’t stand up. I ended up crawling back to the classroom.’

Hospital tests indicated she had the Epstein Barr virus, which causes glandular fever.

Kelly said: ‘Sadly, I had to give up dancing completely. It was absolutely heartbreaking for me, like a death in the family. Why was this happening to me?’

She managed to finish high school with good grades and took a place at the prestigious Fashion Institute of Technology in Manhattan.

Lyme disease is caused by a bacteria that is transmitted to humans through the bite of infected black-legged ticks.

The most common symptoms of the disease are fever, headache, fatigue and a skin rash called erythema migrans.

The disease can typically be treated by several weeks of oral antibiotics.

But if left untreated, the infection can spread to the joints, heart and nervous symptoms and be deadly.

Living in the big city led to a first modelling job at New York Fashion Week and she enjoyed an active and exciting social life.

But a month later the symptoms, which now included chest pains, started again.

She tested positive for Lyme disease and was put on a four-week course of antibiotics. The cause of her infection is thought to be a tick bite she got at the age of 11.

Kelly battled on with her modeling career, taking glamorous assignments in Milan and Paris – but her health remained a major concern.

‘I was getting night sweats, suffering brain fog and poor balance, and still having blackouts. I even used to take a plastic bag with me on the subway so I could be sick into it,’ she explained.

‘The joint pain got worse and I even had trouble walking.’

The next few years saw her start a long-term antibiotic treatment course, while she was also told she had babesiosis and bartonella – other tick-borne diseases.

‘I felt like this was so unfair,’ she said. ‘I was 20 years old and all my friends seemed carefree with nothing holding them back. Why was there something holding me back?

Kelly sometimes had difficulty speaking and on bad days couldn’t even walk across her bedroom before collapsing with exhaustion.

Heart palpitations, shortness of breath, ringing in her ears and forgetfulness were also added to the daily list of challenges – leaving her in a ‘dark place’ and feeling ‘hopeless and lost’. 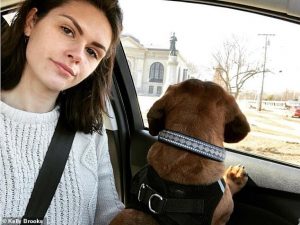 She met her future husband on Tinder and soon after they moved in together.

Kelly said: ‘One evening Layton had to carry me from the bed to the bathroom, that’s how bad it was.

‘That’s when he gave me an ultimatum – I needed to quit modeling. It took that for me to make a decision.’

It was then that Kelly discovered CBD cream.

She said: ‘I had tried medications, ointments and prescription creams and none of them had done this. But the CBD did and I started using it every day.’

The pair were married in New York in 2017 and moved to the UK the following year, setting up home near the New Forest. 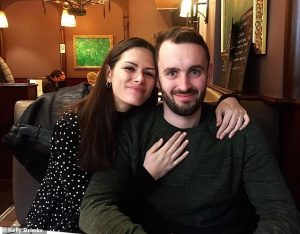 Kelly said: ‘We live in a small town which is much less stressful than New York. I still suffer from depression, anxiety and insomnia – but I have pretty good days where I’m at 80-85 per cent. I even get some 95 per cent days.

‘I’m really happy with where I am now.’

‘Studies have indicated that CBD has anti-inflammatory properties and we welcome any future research into its benefits.’…